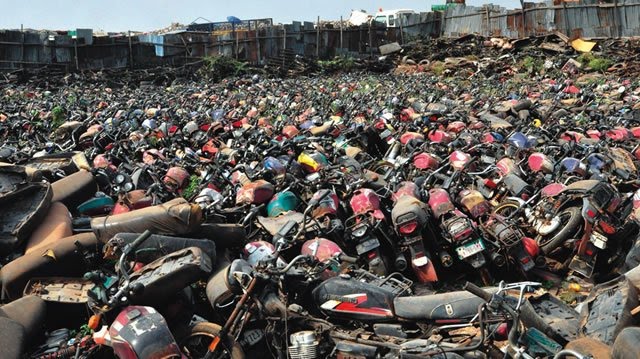 The Lagos State Government had on 18th of May announced a total ban on Okada riders across 6 Local Government Areas in the State with an attached sanction that, impounded motorcycles will be crushed before the eyes of the public.

In addition, the State Government in June, 2022 had inaugurated an Anti-Okada Squad to further enforce the ban in line with the Transport Sector Reform Law (TSRL), 2018.

This attempt saw an 85% compliance in 3days from the announcement as recorded by the State Government.

However, the Lagos State Government through the State Commissioner for Transportation, Dr. Fredric Oladeinde, announced an extension of this ban to four other local government areas during an inter-ministerial media briefing on Thursday, held at Alausa, Ikeja.

Some Local Council Development Areas of the State including Kosofe, Ikosi-Isheri, Oshodi-Isolo, Mushin, as well as their respective LCDAs will also be affected.